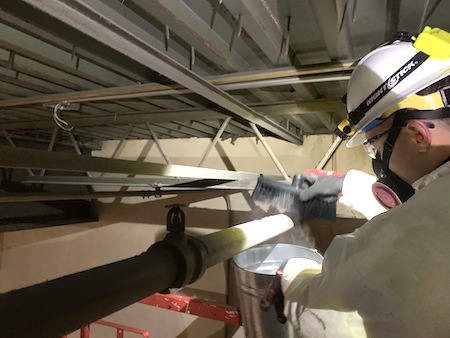 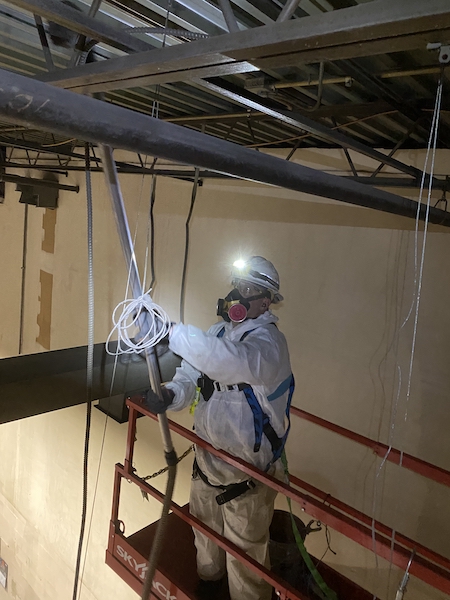 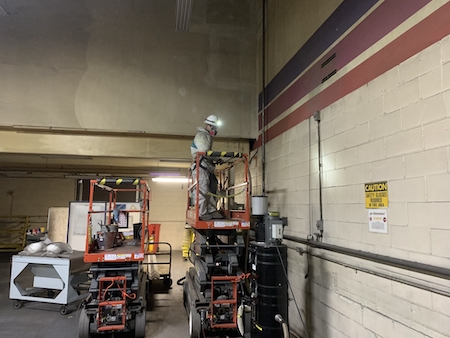 Dealing with metal dusts are some of the most hazardous explosive dusts.  Remtech has extensive experience with metallic dust hazard analysis and cleanup protocols to identify, prevent and remove metal dust hazards that follow NFPA 484, 654, and 652 guidelines.

According to a 2018 report from the Chemical Safety Board (CSB), over the previous eleven years, there were 59 fatalities and 303 injuries associated with 105 combustible dust incidents. The vast majority of the incidents occurred in the food products, metals, and lumber and wood products industries.

Dusts, fines, and powders of combustible metals present an explosion hazard, especially if suspended or disturbed in confined spaces.  Dust, fines, and powders of titanium present extreme hazards - Static electric charges can ignite some dusts and powders of titanium.  Fires involving Titanium cannot be extinguished.  Unless they are placed in an inert atmosphere of argon or helium, they can only be controlled. Dust dispersed in air ignites violently and “explodes”.  Small dust explosions usually dislodge dust accumulations leading to much larger secondary explosions. 1/32” of combustible dust accumulation over 5% of a room’s surface area is all that is required for a potential metallic dust explosion.

Dust explosion hazards are ranked according to the following:

Particularly flammable metal dusts per NFPA-484 include all alkali metals.  Some of the most flammable are Al, Mg, Ti, Ta, Nb, and Zr.

Metal dusts can behave much differently in comparison to organic dusts if a cloud is ignited. The flame temperature of some metal dusts can exceed 3,500°C, which is greater than a 1,000°C higher than an organic flame. This can result in high explosion maximum pressures. Also, the maximum pressure rate of rise, as well as the flame speed, can greatly exceed that found with organic fuels. Taken all together, these factors can make it much more challenging to control a dust explosion involving metal dust.

Aluminum metal has been used in the propellant, explosive and pyrotechnic (PEP) industries for slightly more than 100 years.  Aluminum powder is often added to explosives to provide an additional incendiary effect that results from the massive release of energy as the aluminum reacts with oxygen to form the stable aluminum oxide. This reaction yields more than 225 kcal per mole. Aluminized solid propellants utilize this substantial heat release, and after World War II large rocket boosters took advantage of this fact by using aluminum as an additive. Aluminized propellants are still currently used in the solid rocket boosters for the NASA Space Shuttle.  For comparative purposes only, 1 gram of aluminum dust has about the same explosive energy as 0.7 grams of TNT.

Vacuuming a combustible dust presents a fire and explosion hazard in the vacuum cleaner.  A Dust Cloud is present inside the vacuum that creates a static charge due to particle motion requiring the use of special procedures.

Bulk dusts are required to be removed by using conductive and non-sparking brushes and dust pans prior to vacuuming residual dusts.  Mineral Oil Immersion Vacuums that are properly bonded and grounded with appurtenances that are also rated as conductive and anti-sparking must be utilized.